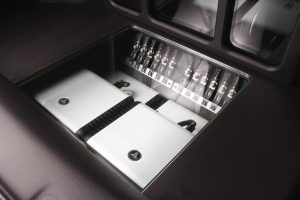 Scott Buwalda took time out of his busy schedule to write an article on his observations on the current Competition Scene Around North America and a broad-spanning the past 30 years.  As we were reading it, we couldn’t help but to remember thumbing through old magazines like “Car Audio Electronics” or “Autosound and Security” and keeping up to date on the “Car Audio Scene”.  We are proud to present Scott’s “We’re Witnessing the Full Life-Cycle of Car Audio Competition”.

Having just returned from this year’s edition (and long-anticipated return) of Larry Chijner’s Steel Valley Regionals event in Weirton WV, I can’t help but look back on the metamorphosis of organized car audio competition, specifically the cross-section of competitors. When I started competing in 1987, shop-built cars and shop-sponsored competition teams were the norm, as well as those that bought gear from shops but were DIY’ers. Shops were voraciously involved, where the vast majority of the real “players” in the organized competition were those competitors having some form of shop support, whether that be shop installation services, discounts on gear, and a virtual fraternity-like camaraderie amongst shop competitors. Shop owners and lead installers were EXPERTS at their trade; these were the guys that could design a third-order Butterworth with Zobel impedance correction circuit in their head. Many shops stacked classes so that none of their cars would compete against one another, and often included caravanning to, and tweak and tune sessions at the events. It also made for very interesting intra-shop competition and of course the requisite smack-talking that went along with it. In a nut-shell, if you wanted to be successful in the 80’s and early 90’s, you pretty much needed to be a part of a shop team, or at the very least have an affiliation with a shop in your DIY journey.

In ’92 or ’93, we began to see the rise of the factory team. Manufacturers saw that organized competition was useful in growing their businesses, so the factory boys became increasingly involved. Before long, there were active teams sponsored by all of the big players: MTX, Rockford, Kicker, Precision Power, Phoenix Gold, and the list goes on. The deep-pocket budgets of the manufacturers began to eclipse the often shoe-string budgets of local high-end shops, and we quickly saw the demise of shop-sponsored teams. Mind you, there was still a very pervasive presence of very successful shop teams, but just as the days of hair metal were replaced by grunge alternative, so to was the demise of the shop team (I will say, however, that certain well-intentioned shops continued to do well into the ’95 timeframe (I competed for Audio Advisors in South Florida in 1995 and we made one last push, but with admittedly a good bit of help from our friends at JL Audio). Alas, the era of manufacturer teams had been firmly planted in organized competition. Notably, I recall the ’94 IASCA Finals as the “banner-waving” year, where virtually every competitor in the top-five brought to the stage their sponsoring manufacturer’s banner, almost like you’d expect from athletes wielding their flag in an international event.

For the next several years, deep into the late 90’s and early 2000’s, we saw the proliferation of big manufacturer teams. It wasn’t uncommon for competitors to bounce between teams, gear, and allegiances based upon who was on the “upswing,” and who could supply the most support (both tangible and intangible) for builds and event assistance. Bouncing between gear was also often based on trends in the lanes, and what was perceived as “winning formulas.” In 1995 and 1996, it was the proliferation of commercially-available horn loaded compression drivers (HLCD’s) from rapidly emerging companies including Image Dynamics, USD Audio, and Veritas. I bought it for a brief period of time. In 1997 and 1998, it was the tube amp “fad,” where you “needed” tube amps to be successful in organized competition (I used Tube Driver, who was later bought out by PPI). Team Pioneer made a massive push in the USA in 2000 and 2001. Certain brands seemed to always represent well though, including MB Quart and JL Audio; both brands had definite staying power in the lanes. Both JL Audio and MB Quart had pervasive competition teams that saw much success in the 90’s and early 2000’s; I was the very first person to use the new JL Audio XR-series components in my Nissan 240SX, and with JL’s help, scored them their first IASCA Expert Division championship using their newly-released range of mid and high speakers in 1998.

In 2001/2002 or so, we began to see the big manufacturer players abandon their competition roots and head off in different marketing directions: power sports, racing, motocross, etc. This opened the door for several smaller “specialty brand” competition teams to take root and flourish, like Zapco, DLS, Genesis, IXOS, and others. However, the lack of big-dollar support in the lanes from those manufacturers formerly pouring money into the competition was palpable. Not only did the major players pull the plug on competition teams and assistance, leaving many competitors disenchanted, you saw excellent annual shows supported by said manufacturers go by the wayside as well; the Southeastern Invitational Sound Challenge (SISC) in Perry GA was one notable casualty. Having relied on prize money donated by big manufacturers, the Perry event ceased sometime in the early 2000’s. The car audio competition circuit went on, however, and smaller competition teams and eager competitors continued to support organized car audio competition.

We have been “enjoying” the status quo of smaller manufacturers supporting their teams for about the last decade (mid-2000’s to present). But I believe I am beginning to see a shift again, and it was apparent at the Steel Valley event last weekend. We’re beginning to see DIY competitors being the majority by physical number again in the lanes. Yes, there is still a pretty reasonable presence from smaller (to medium-sized) manufacturers, like Focal, Arc Audio, Hybrid Audio Technologies, and several smaller upstarts, but I believe the industry has come full-circle back to 1986. The difference between now and 1986-1987 is the continued decline of shop-supported competitors and teams in favor of internet- and Facebook-based DIY audio clubs, like “Strictly Sound Quality,” “Car Audio DSP’s and Tablet Tuners,” “International Sound Quality,” and “Indiana Sound Quality” and its multiple state-based affiliates. On these sites, informed consumer (many of which are non-industry) DIY’ers are pushing the envelope of installation recommendations and the open sharing of tuning knowledge, often far exceeding the knowledge-base of similar subjects by specialty retailers. In fact, subjects recently have included impulse response measurement and group delay; when was the last time your garden variety local shop installer had a riveting discussion with you about the effect of group delay measurement below 1,000 Hz? Of course, there’s usually an equal amount of bad information going around too, and assorted “which is better” threads, but on the whole, these internet groups are pushing the competition scene forward through “virtual” support and open sharing of knowledge. Often, competitors that are members of these internet-based discussion groups share a camaraderie, even despite many times competing against one another, and often caravan to, and share tweak and tune sessions at the events, just like the mid-80’s. I guess all we need now is regional competition and smack-talking that goes along with it!

The genesis of the core auto sound competitor cross-section is well-documented. Now that we have established a full life-cycle, it will be interesting to see what the next 30 years of organized car audio competition hold! In my best internet lingo, I say “subscribed.”