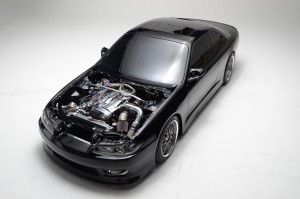 After reading about the accomplishments of the Hybrid Audio competitors on social media at this year’s IASCA National Championships we immediately became interested in the competitive “drive” of this company.  More importantly, I wanted to know what separates Hybrid Audio from the rest. So who better to ask then Hybrid Audio’s Scott Buwalda, CanadianCarStereo.com asked Scott the question “Why is competing important to Hybrid Audio as a company?” and received an amazingly personal answer. We were expecting a hockey type interview but Scott spoke about his personal reasons for competing and why he uses this philosophy to drive his company. Here is Part I of “Why competing is important to me and my company?” from the founder of Hybrid Audio, Scott Buwalda:

I was recently presented with the question “why is competing important to me and my company.”

I have always been of a competitive type. Early in life, I suspect my necessity to compete was to gain my father’s acceptance, and to somehow earn his admiration. It all started around eleven years old when I began to assemble a high-performance BMX bicycle (I always earned my own money to fund my projects, finding neighborhood jobs such as mowing lawns and washing cars). Back in the ‘olden days’ (the early 80’s), it was safe to ride a bicycle anywhere, and I developed a fairly decent amount of athletic stamina on the bike. Before long I had begun racing and quickly became competitive – I would ride my bicycle to the event, compete, and ride home in the dark of night, usually with a large trophy straddled across the handlebar. It was at these Saturday evening races neither my mom or dad would attend, opting instead to go out for dinner, so I always had time to properly arrange the trophy next to my dad’s La-Z-Boy before they returned. I recall only once or twice that my dad recognized the trophy and asked for details about the race. Sadly, more often than not, the trophy went unnoticed.

About this time, I began playing music, specifically as a percussionist and drummer. I always loved music, and like most teenagers aspired one day to play on the big stages as a rock star. My competitive spirit quickly became interwoven with my musical outlet, and I began to excel as an accomplished middle school and high school percussionist, being nominated in my senior year for the Pathfinder award, the only percussionist nominee. At the age of seventeen, I was involved in a rock band project that was offered relocation to Los Angeles to work on an album and a recording deal, which I’d eventually pass up, opting instead to go to college.

In an attempt at clarity, stepping back two years, at fifteen years of age, with driving permit in hand, I bought my first secondhand vehicle and began modifying it with my big brother, Ken. I quickly fell in love with having four wheels, and my interest in two-wheel transportation (the bicycle) waned a bit, but not entirely, for as you see, I financed my car project working at a bike shop as a repair technician. For even a short respite, I competed as a 17-year-old on the road bicycle and earned a spot on the Raleigh USA National Team. But nothing could quiet my love for the automobile, and as an aspiring musician, and having this insatiable, incurable competition in my blood, you have the beginnings of what some might call a “career” competing at the highest level in car audio competition, starting at the age of seventeen years old in 1987, spanning almost three decades to present. Although I have attempted at least once or twice to divorce myself from it, it is truly interwoven into the fabric that makes me, me.

I am an advocate for all things that involve competition. The sooner we can establish who is “the best” at something, and who might be in line to be the “next best thing,” the better off we all are. A friend recently sent something to me, which I feel applies to competition, specifically children (reference author Adam Carolla):

“Humans need challenges to overcome, just like a muscle needs resistance to grow. In a zero-gravity environment, an astronaut’s muscles atrophy because there is no resistance. This applies equally to children who are never taught reliance or “grit.”   If you constantly protect them, shelter them and cater to them, you are perpetually leaving in the vacuum of space and not allowing them to build muscle by fighting gravity.”

Competition brings out the best and the worst in people. If you truly want to learn about someone, put them in a stressful, competitive situation and see how they do. I am a true competitor at heart; I am wired to do one thing in organized competition and that is to compete to win. Competition is all around us and is something we all experience on a day-to-day basis. Sadly, it is impossible to win every outing. This is the truest test of one’s “grit” – how they respond to failure, make the necessary adjustments, and coming back with fervor. Which leads me to Black Betty.